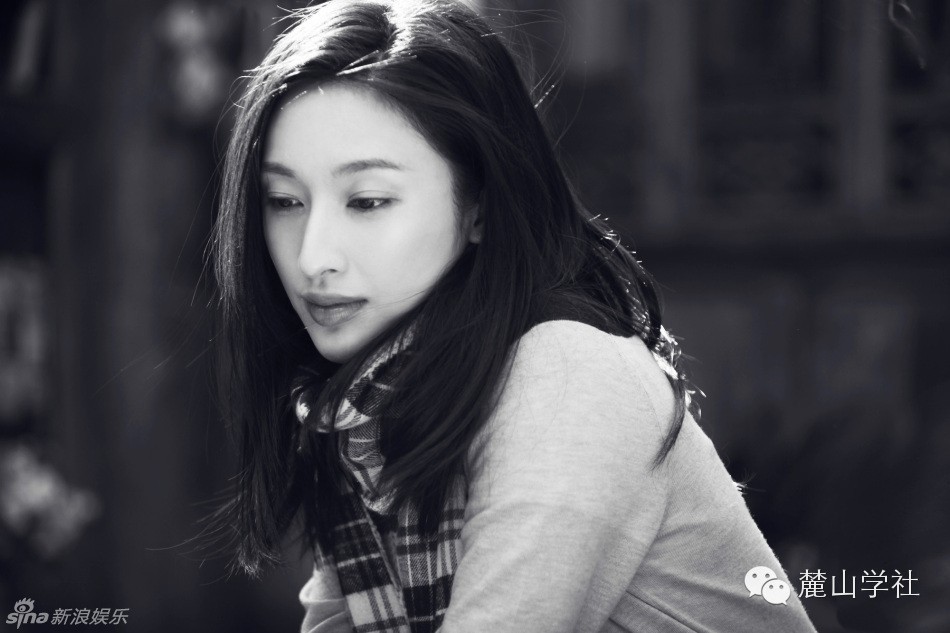 [Subscribe to Lushan Institute (click on the "Shushan Society" below the title of this article, or add WeChat: lushannyc]

A few days ago, I saw Zhao Geyu’s article on Sina, “What is the fate of young women in literature and art?” This article is really not smart. The reason why it is not smart is because the author is narrow and conservative. In her pen, there is only one standard for female Wenqing to be happy: man.

To be more precise, it is to marry a single man who has money and looks good.

If you can't do any of them, the female Wen Qing is a self-inflicted blame. Look at your poems and full of books, you look beautiful, you are worthy of your work, you have to read countless people in Wuchuan, you are the goddess of all male animals, you are rich like Gates, happy as Laozhuang, all Useless.

You are only useful if you marry a man who is innocent, rooted, and impeccable.

According to this standard, which woman's home in the world can be called satisfactory? Not abandoned, no scum, no disappointment, no marriage to a married man, when you want to marry, there is just a tall and handsome man wearing a golden armor, pedaling a colorful cloud, in the eyes of the public to marry her, and her husband must Not getting up early, both of them are always open with a toothpick, and they are playing with their old life and hitting kiss... Have you met? It's a pity that I didn't have the blessings - except for the fairy tale that ended the freeze, this perfect reality never greeted me.

Different from Zhao Geyu, I believe that Chai Jing, Anne Baby, Hu Yinmeng, Zhang Ailing and Liu Ruoying are all happy. Because they are smart. And a woman who is smart will understand how to get it and how to give it up. Understanding how to get it will make her life dignified and meaningful; knowing how to give up will make her life free and happy.

Jane Austen was unmarried in her life, leaving such famous books as Pride and Prejudice and Emma. When she died, she said, "I chose freedom... My life is what I want. This is God. The arrangement, I am much more happy than I imagined, more than I should have."

Virginia Woolf married Leonard, who raised her, respected her, supported her, opened a press for her, and gave her the best care. Woolf also lamented, "Most dear, I want to tell you that you gave me the most complete happiness, no one can compare with you." However, she still drowned.

It can be seen that happiness and men have no relationship with half a dime. In this life, the mountains and rivers go far to the end, they are just two words of their own, and you can be responsible for your happiness, and only you.

I am 30 years old, I am not married, I look like Bohemia, and I am Bohemia. I hate marriages that are married for marriage. I don’t want to give in and I don’t want to be married. But like most women of this age, we are not flustered at all. Traveling, reading, writing, learning to drive, handling work and family affairs, buying Chinese clothes and swearing for ourselves, jumping in KTV Dancing, and ridiculously laughing with strange men, driving to the mountains on weekends, and respecting scholars and poets, when you are in a whim, you can fly to another city in the next second. We enjoy the moment, save enough money, and have enough ability to let ourselves have no worries. The presence or absence of a man has gradually become an insignificant thing.

I have a group of friends who are equally unscrupulous and unwilling to marry. They are summarized by some popular weights and measures. They are all four women, have a house with cars, money, and looks, as well as good minds and good eloquence, in the world of red dust and flowers. I’m fighting with men and I’m having fun. Therefore, they are not lonely, and they are not blind. They never feel that they are foreign trade goods that cannot be sold. He came, I live happily; he doesn't come, I am still happy. The world is so wonderful, why do you have to give up freedom and tie it to a man with a low grade?

Once, on a small island in the East China Sea, my girlfriend and I were traveling. It was a summer night, we sat on the beach, listening to the sound of the waves, the lights in the distant harbor were extinguished, and we talked about men.

I said, we are trying to cultivate, just to marry a better man?

She said, no, we work hard to cultivate, in order not to need a man.

I really want to make a case for her words.

Later, in the "Why Be the Behemoth", Jiang Fangzhou wrote a similar sentence. When I saw the article, I specially called my girlfriend and said that someone had stolen your words.

She laughed, it was quite good. It seems that we are not alone, and there are quite a lot of similar people.

Of course, we used to be different.

It’s so sloppy that it’s no different from a hungry, eagerly mated female. So there are many men around, and they are surrounded by all kinds of love and hate. Every festival can receive three or four roses and one or two sentences, "I hate you," but even though it is so lively, I still don't feel happy.

Nowadays, I am getting older and gradually understand. My happiness and the rice and oil vinegar tea are not related to the children's diapers, husband's sex, supermarket purchases, mutual exchanges on the wine table, and weekend mahjong poker. I just want to set up a different life, a free, not spoiled, creative, and unconstrained life. In this life, I live and live.

Some people come to this world to live beautifully, while others want to live well.

Everyone has their own choices, no matter what they choose, there is nothing wrong with them. But I just want to do the latter one - don't overpower others' will, don't try to please and please, and don't easily devote myself to the evaluation system developed by the third person, freely alone, tenderly rebellious, and then get full of self. , rich, deep and compassionate.

Russell has a famous saying, I have always been regarded as a standard: the polymorphism is the source of happiness. I think that Zhao Geyu should not have read it. If there is, she will not be stupid enough to give others a standard of life and happiness. Happiness was originally a private feeling. No outsider or bystander could replace the authorities to feel and think.

Stupid articles have big markets. Sure enough, that article was reprinted a lot in the circle of friends. Throughout the afternoon, this question has been repeated on my mobile phone. What is the fate of young female artists?

What is the fate of young female artists?

Lushan Institute is a non-government, non-religious, non-profit public welfare organization organized by the people. The purpose of the organization is to improve the comprehensive quality of independent thinking and judgment of the Chinese middle class and college students.

We currently have two free events per week in the New York area: Reading Dating Club (within Columbia University) and no leadership team (NYU Campus).